Just recently I was lucky enough to shoot with a Model for showing off some corsets. The lady who runs JemCorsets had agreed to let the model use the corsets in her shoot in return for images for her portfolio.

Having recently done a steampunk shoot with corsets I thought it would be great to not only shoot with this model (we’d been meaning to for a while) but also display some really cool looking corsets, one of which was on it maiden shoot!

Starting with that one, the purple and black overbust, the model had also brought a virtually identical coloured skirt.

So a nice closeup initial shot, showing the corset detail with a nice pose from the model. 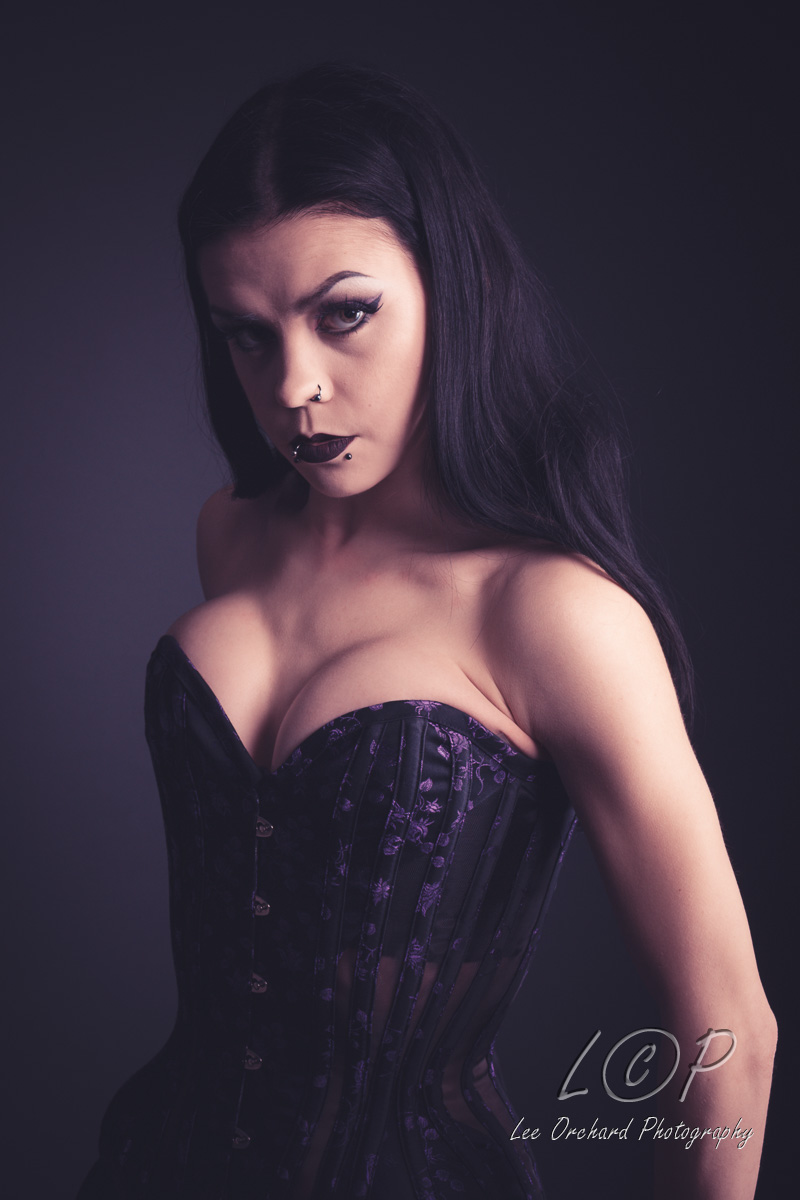 Then a 3/4 length shot to include the matching skirt too! 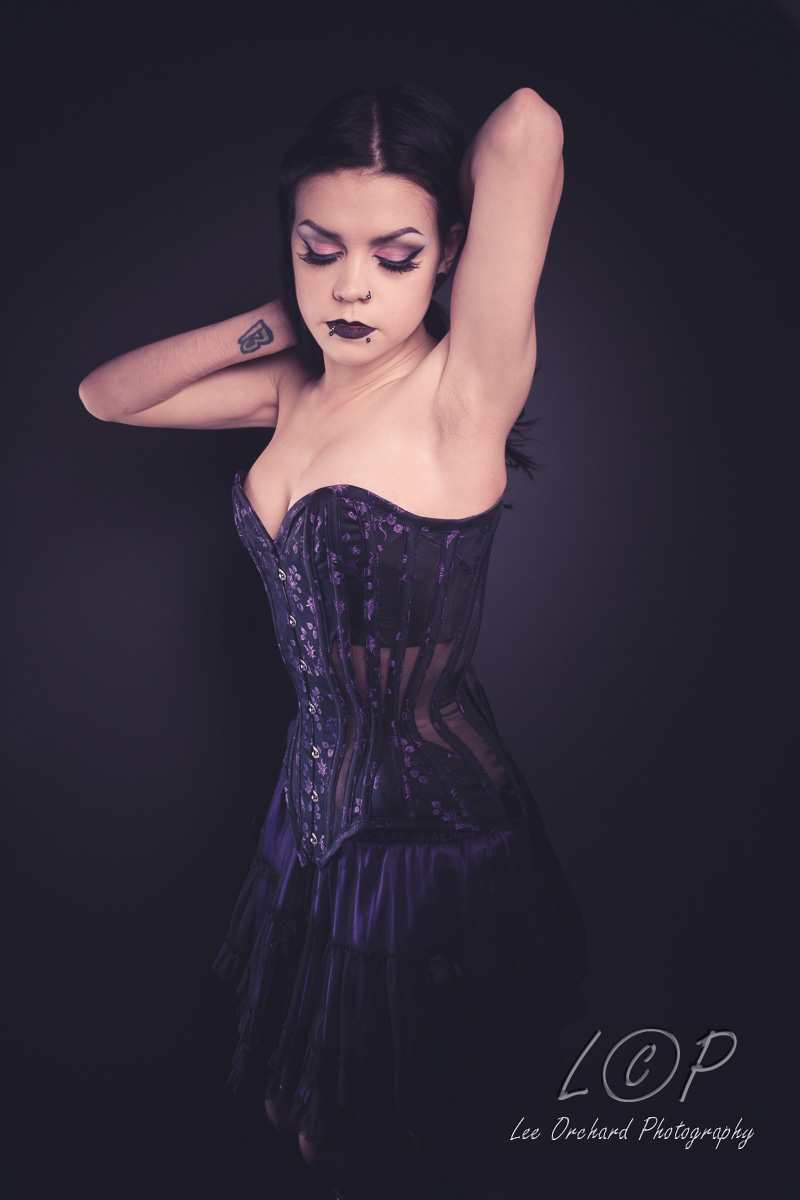 I’ve given these photos a little bit of a flat vintage style in keeping with the style of clothing. 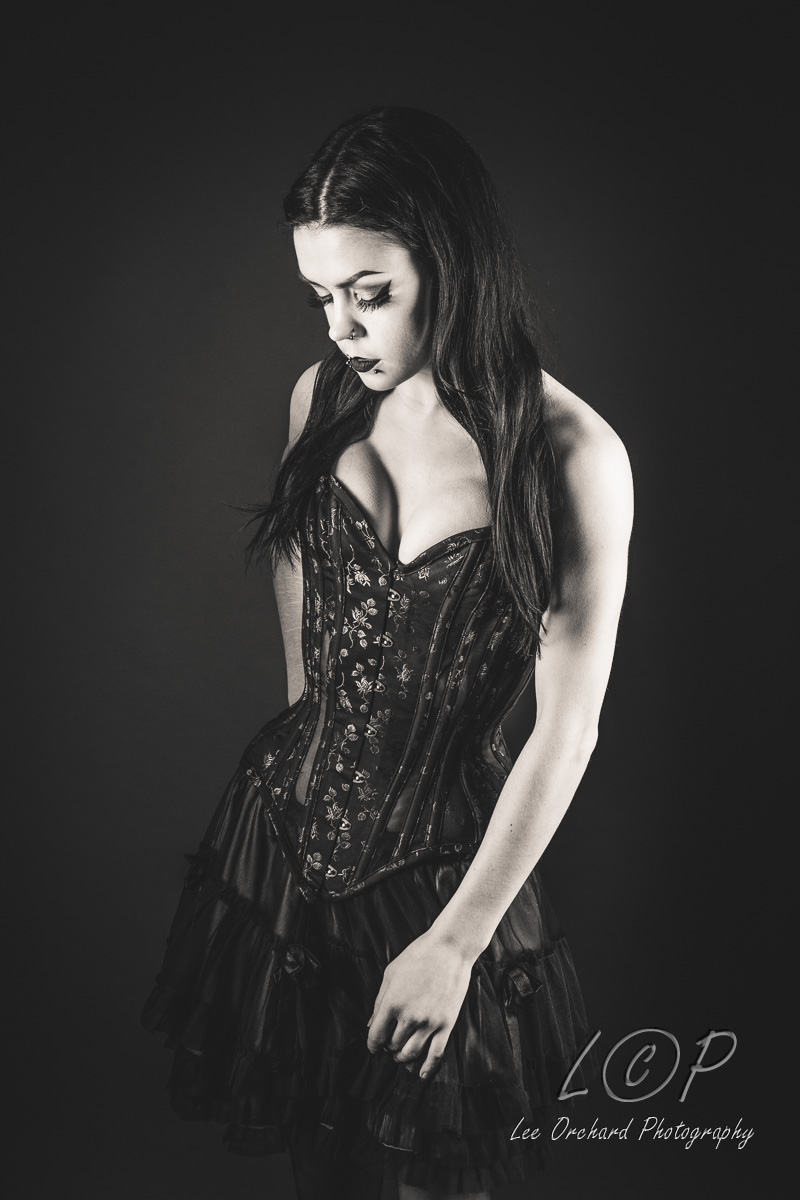 Another corset was a vintage style underbust corset, too which we added a lace top. 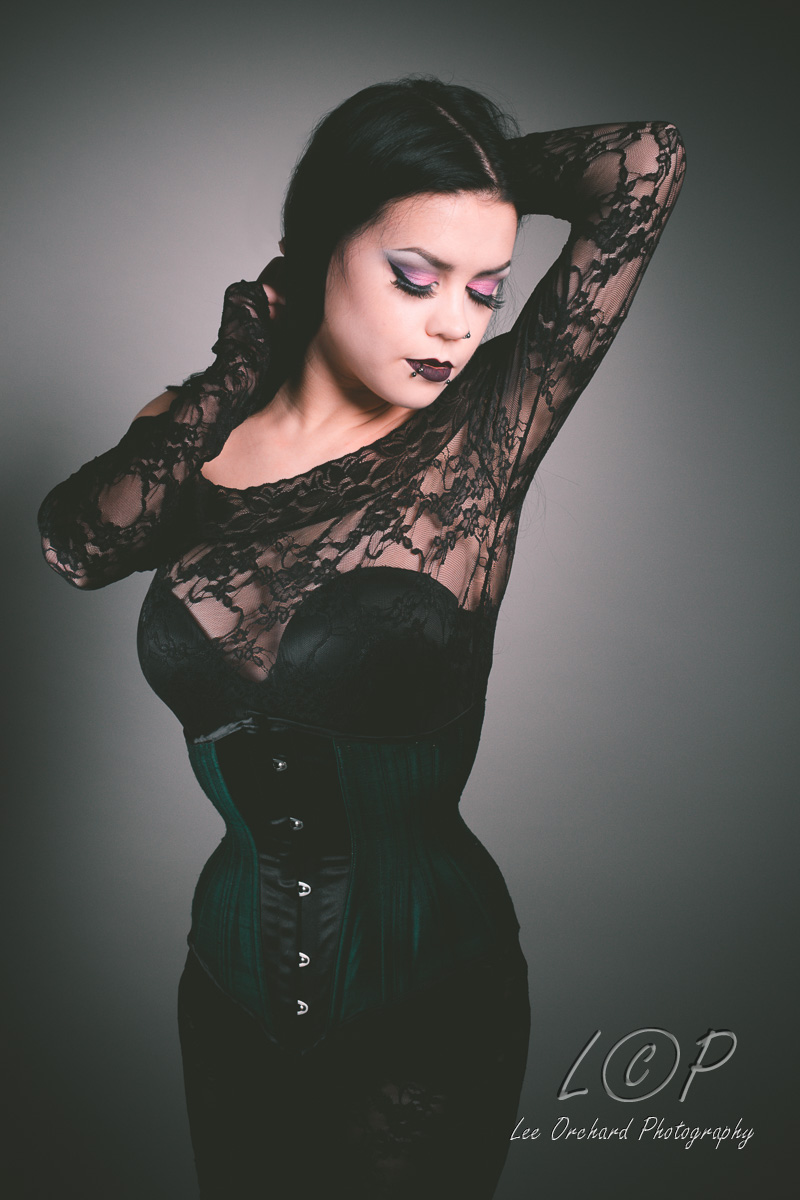 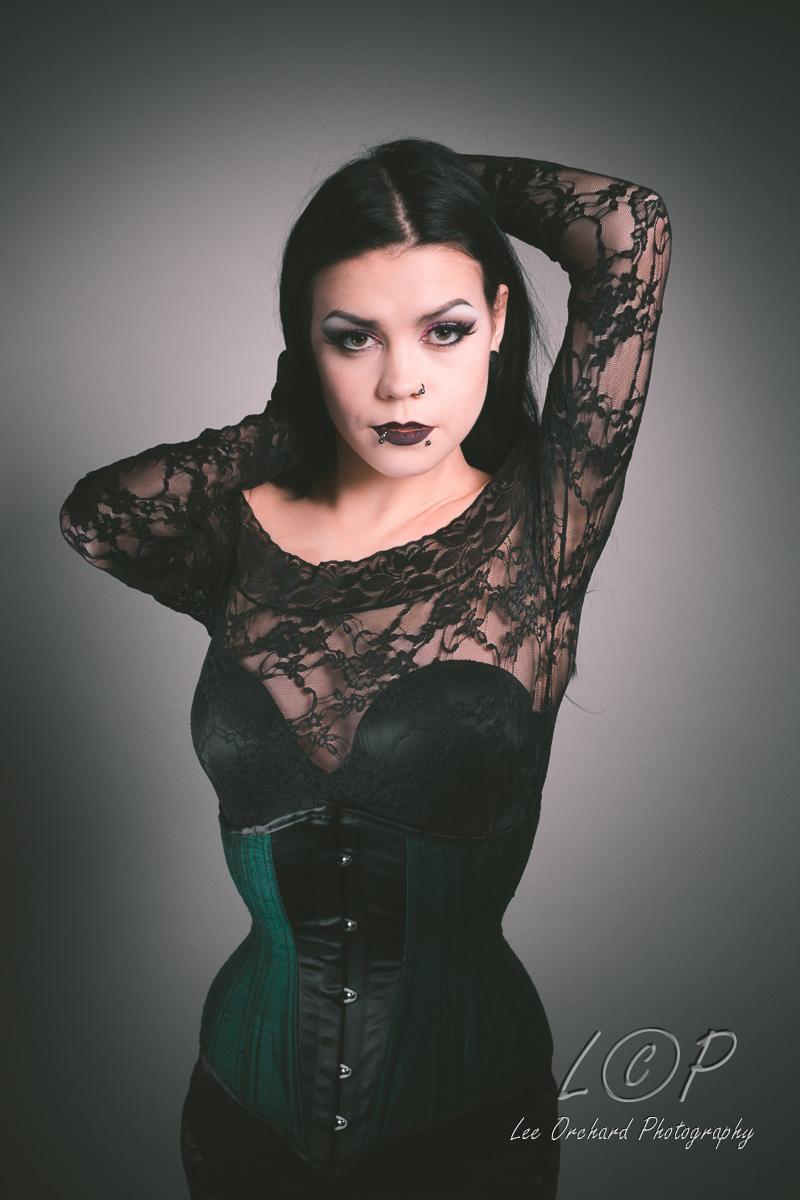 Finally, after about 1.5 hours (change overs take a long time when you have to lace & unlace corsets), we shot with a collar design, a black satin underarm style posture collar, to be precise! 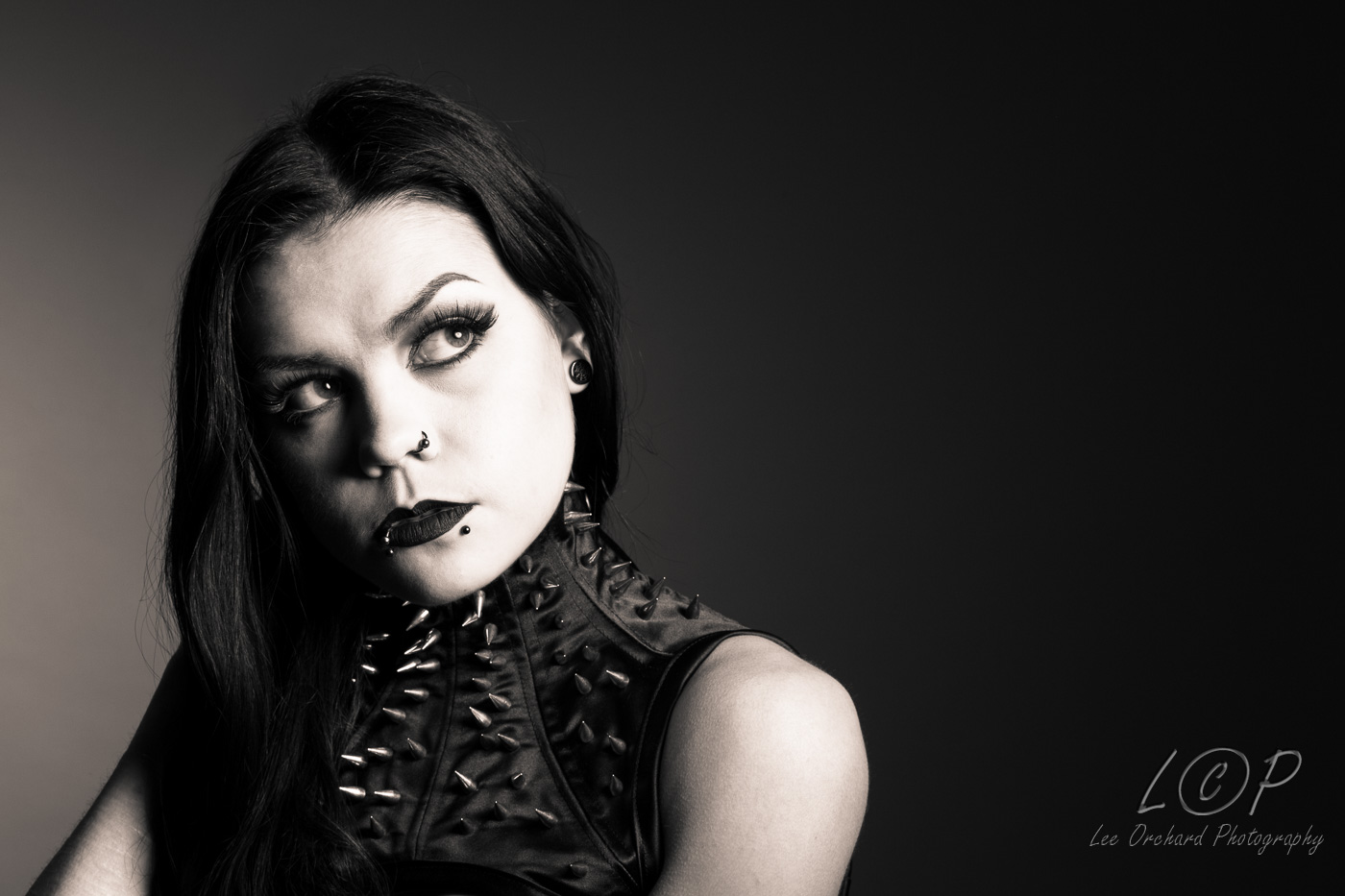 This was a great shoot and great fun. It was very handy to have the designer there too, she did all the lacing! It would have been good to do more setups but it was never meant to be a big shoot and both model and designer were very pleased with the results. 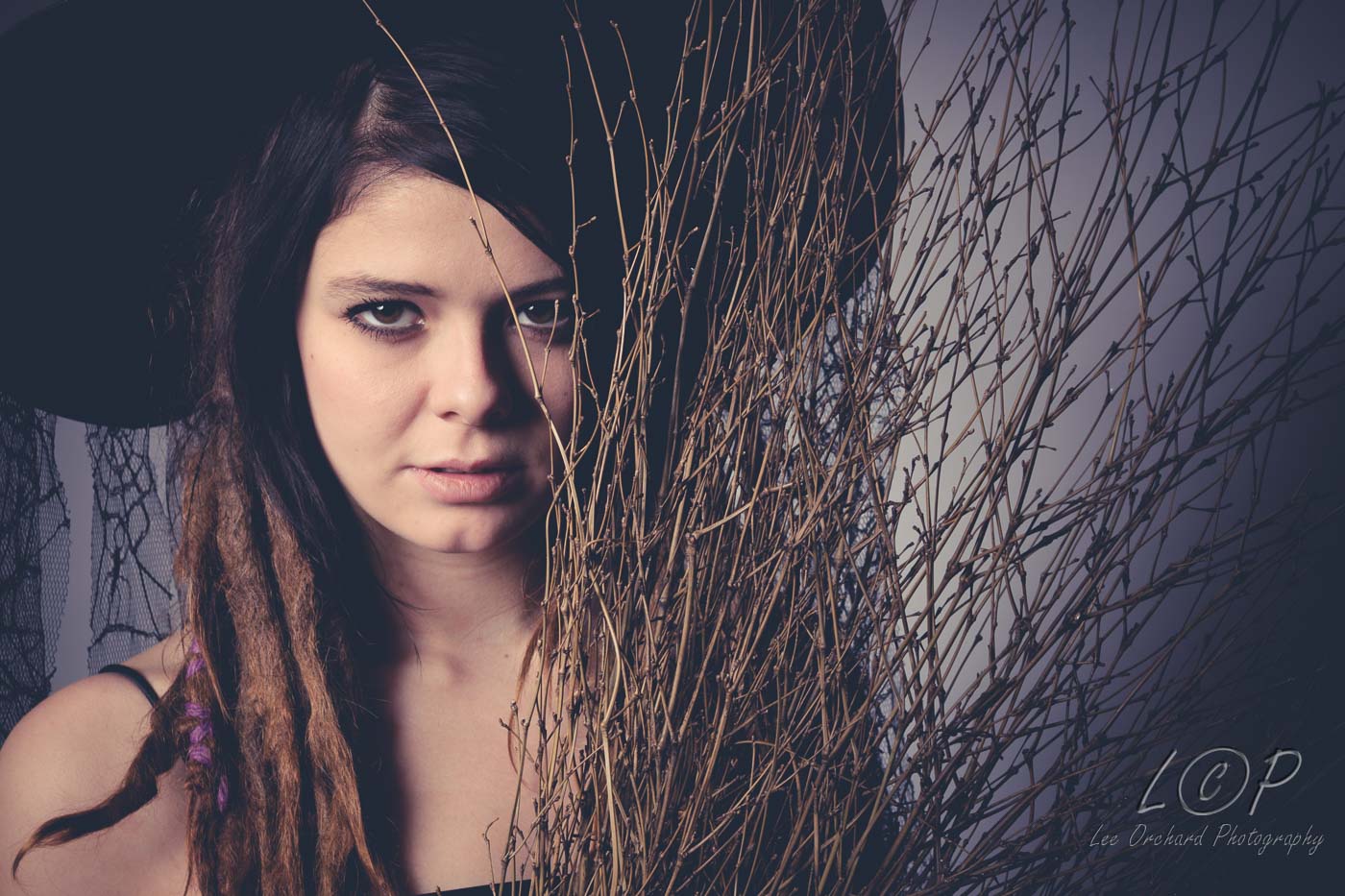 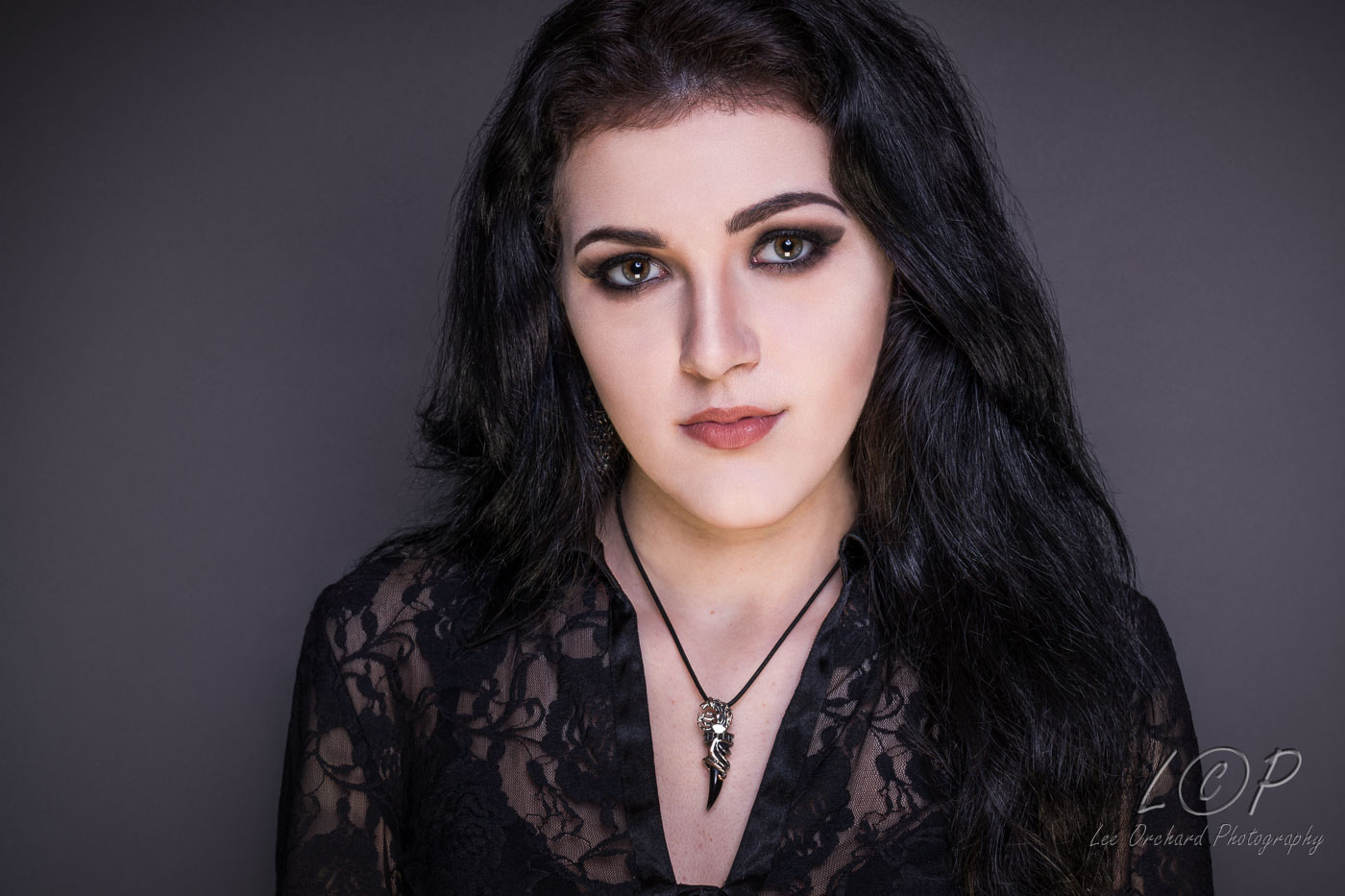 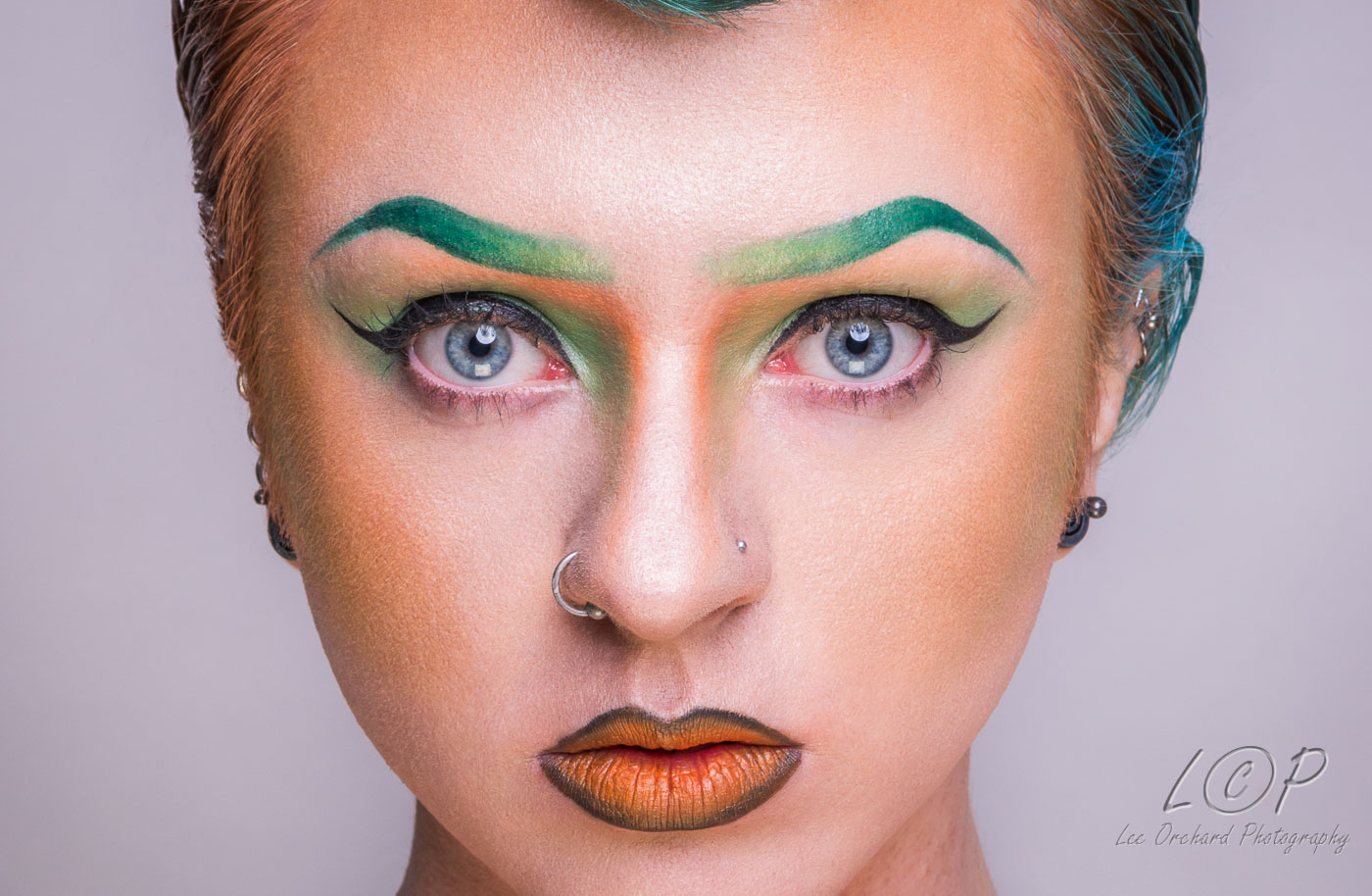