This week I did a portrait session that ended up being a little more that dark than I might normally do. It wasn’t over the top in anyway, but I think from the photos you’ll see what I mean.

The session was meant to be a in low key gritty style, which it was, but we managed to make it a bit darker.

So we started the shoot with a hoodie… 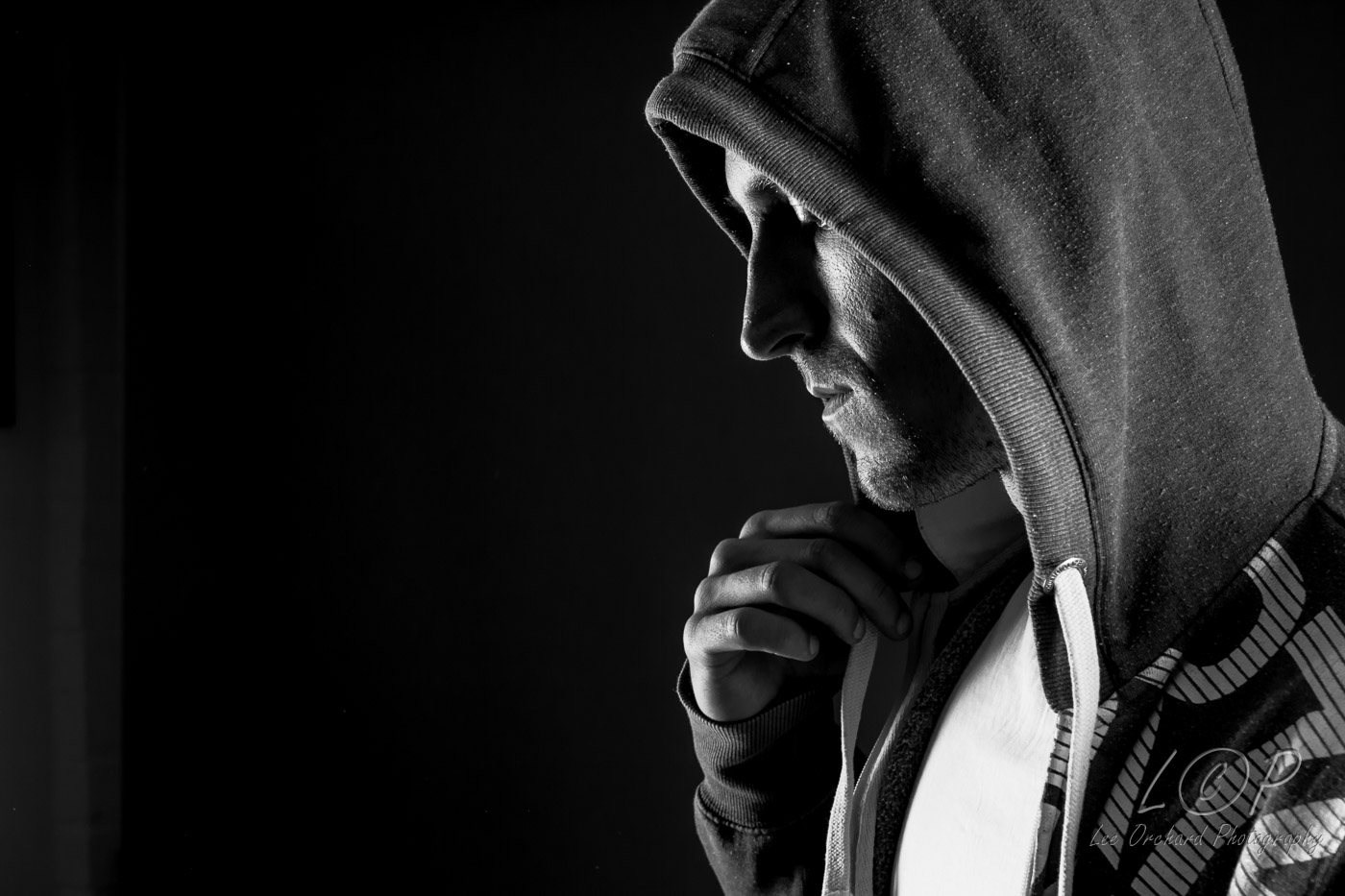 This was the first time I’d shoot someone with a hoodie on, but it quickly became apparent that profile shots would work well. Then I took this shot…. 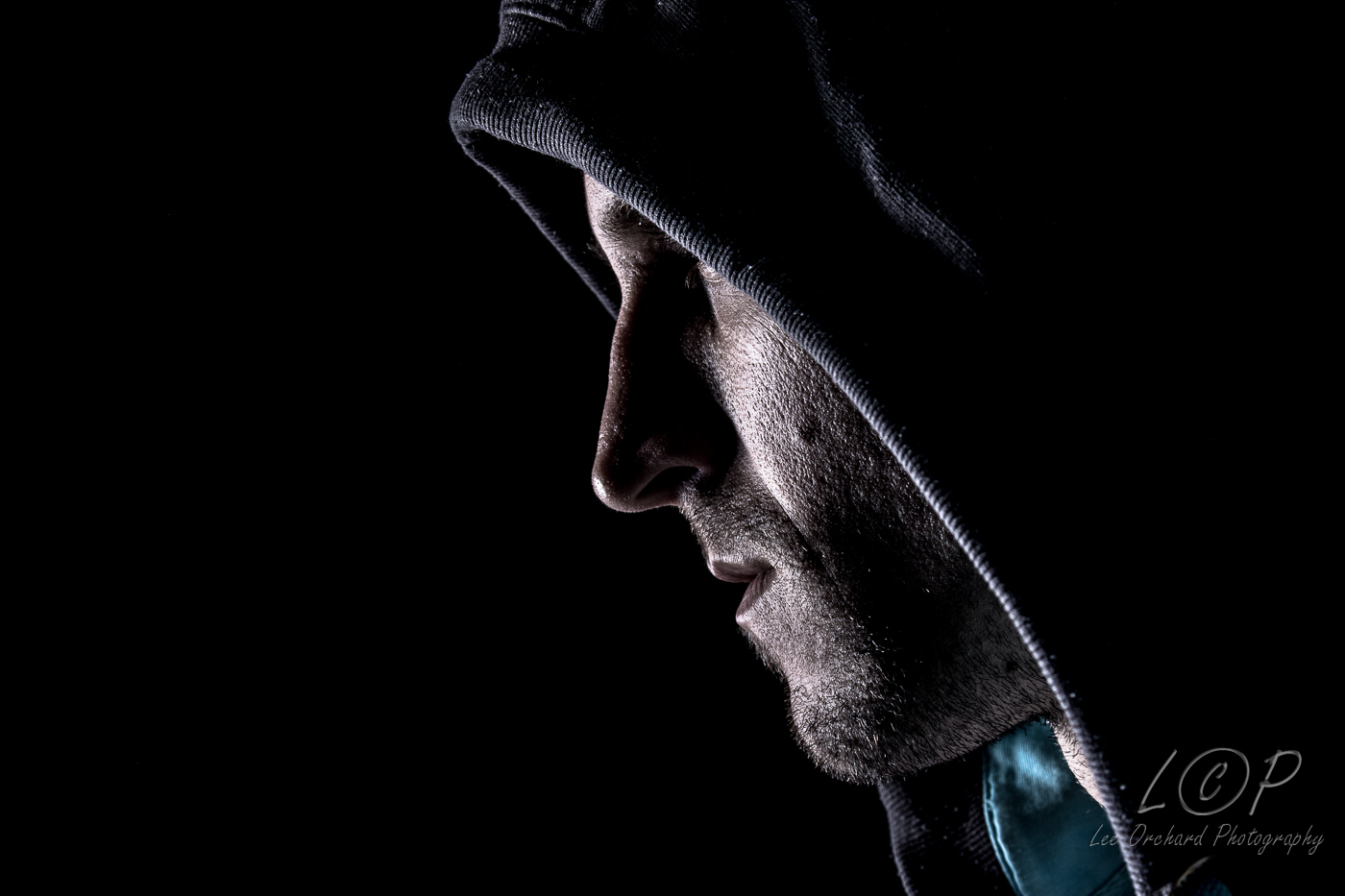 To me this reminded me of the video game Assassins Creed, what do you think?

Next up, muscles and tattoos, so a couple of topless shots followed be a few with a black sports type vest. 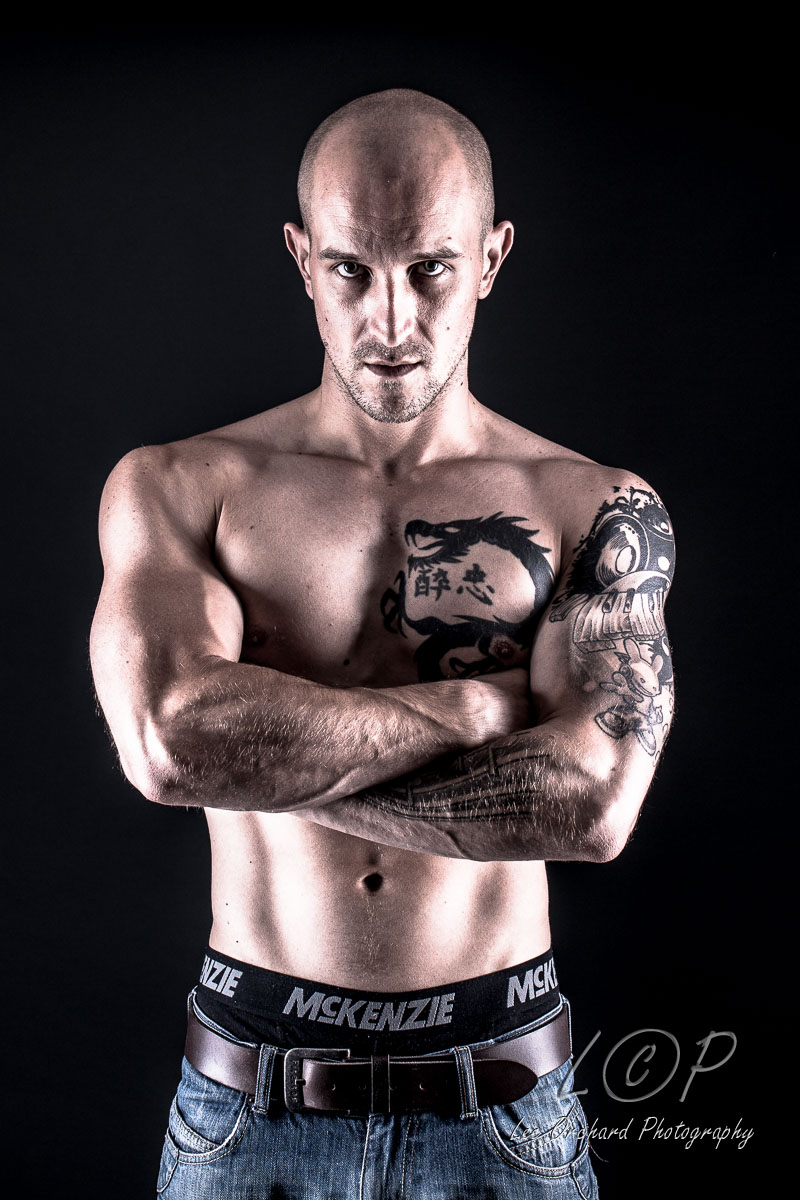 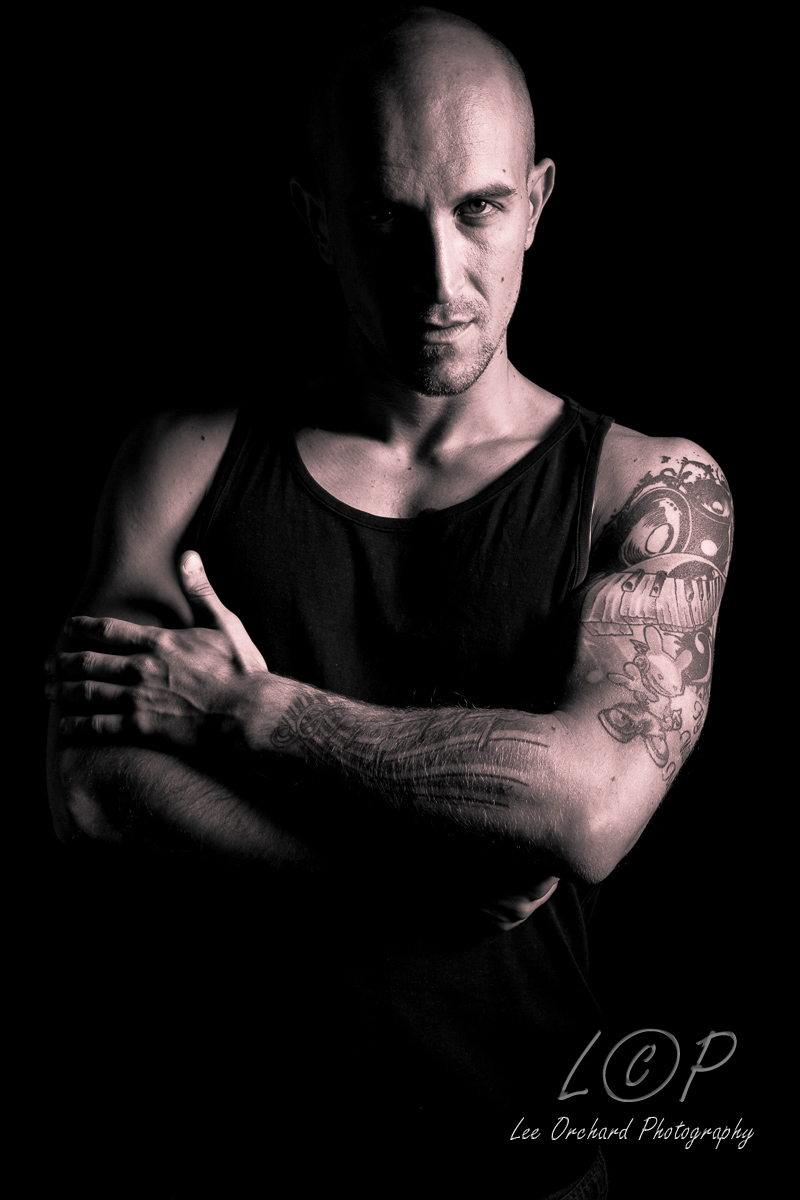 I thought we should then try another costume change. He didn’t have much with him, but he had a rain coat. When he put it on and put the hood up, I immediately knew what type of shot I was going for. 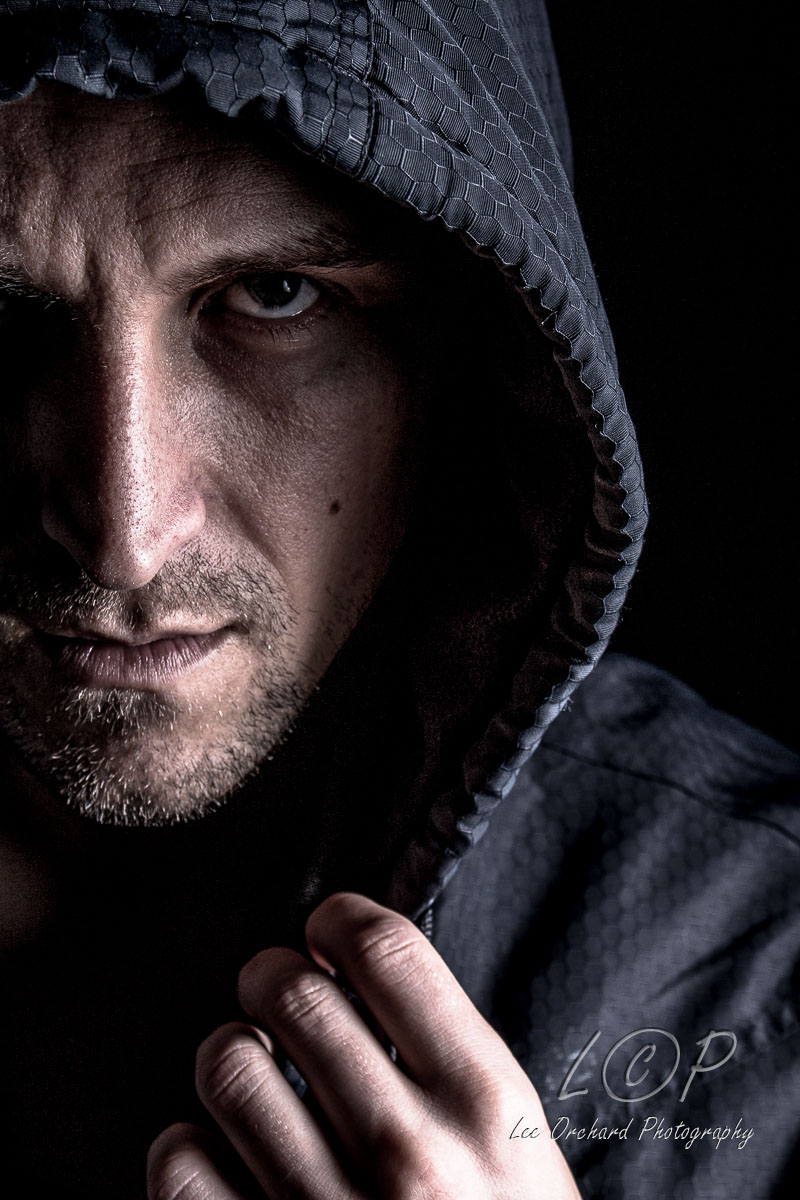 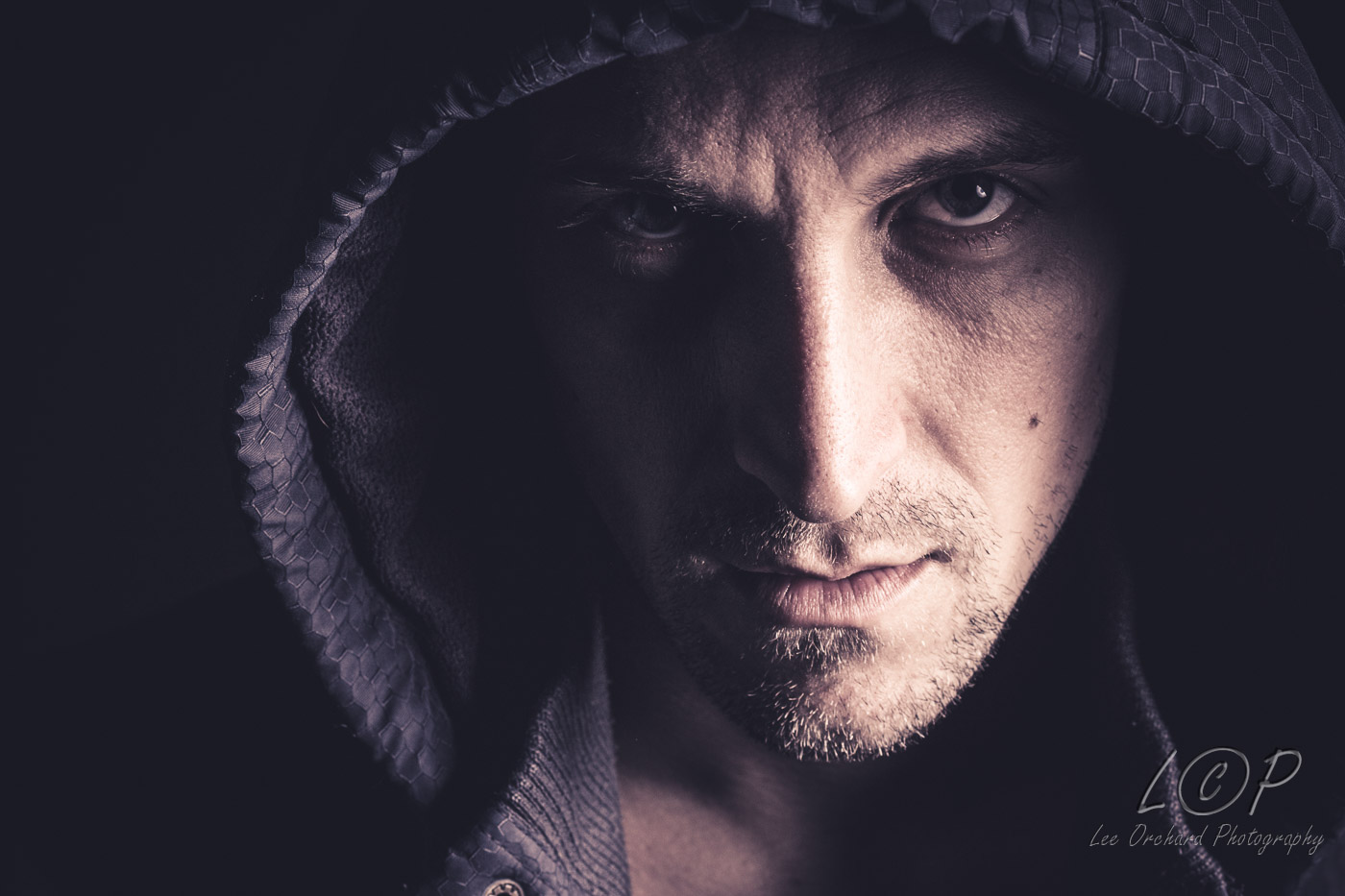 Now these were quite scary! But once again they reminded me of a film, ‘I Know What You Did Last Summer’.

I’m not one for violent things, but I just had to do it for this photo, it really gave it the extra scare factor.

I would also like to say this could be classed as Not Safe For Work. 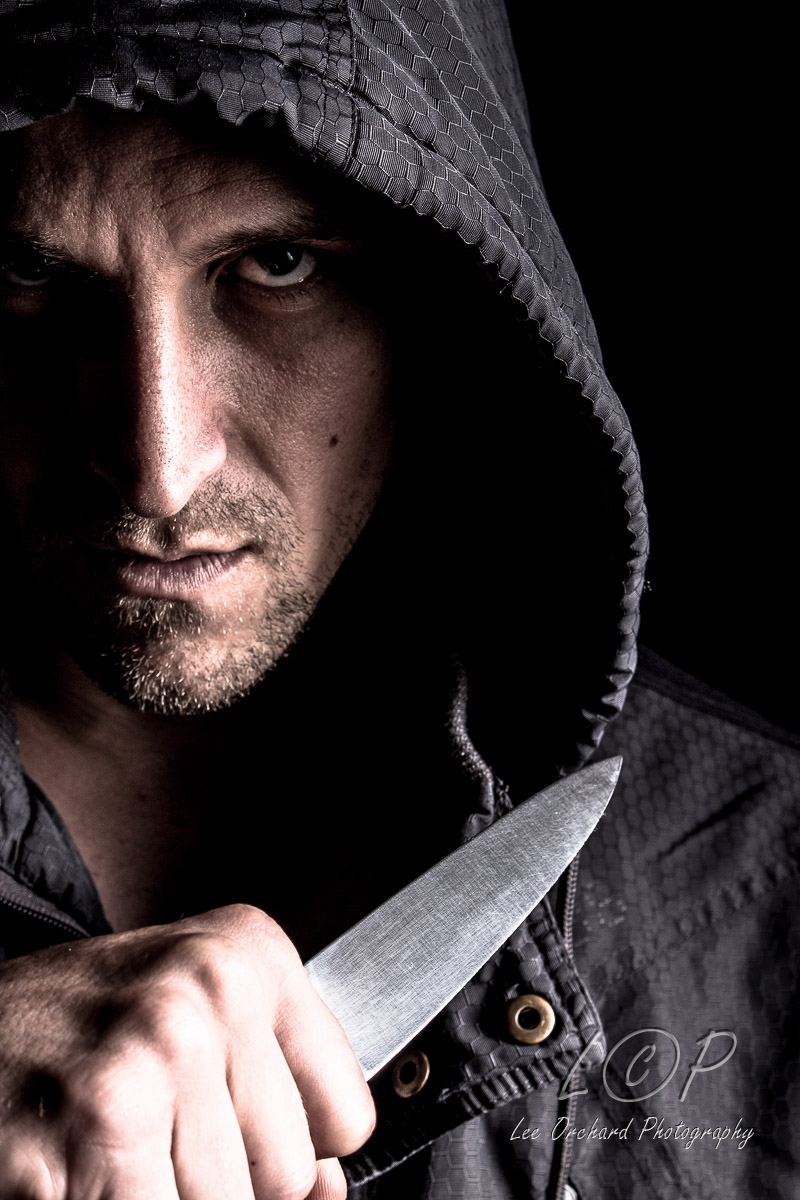 We took a few of this, trying different crops, and positions to get the light and gaze right. Not sure what you think, but I think the pose was spot on!

I decided then to go back to something a more normal, for me anyway. 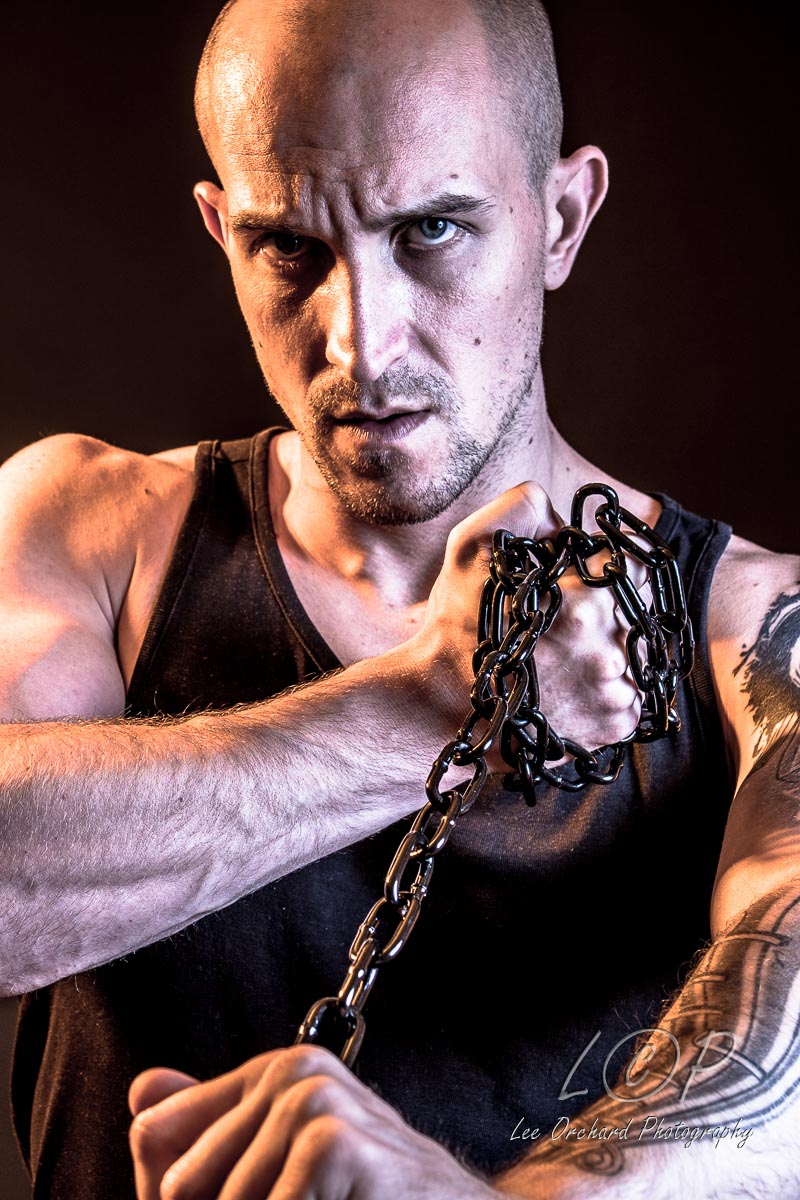 We got my chain out and tried to create a street type of look using a coloured gel light, orange in this case like a street light.

I finally decided that I wanted to revisit the ‘Assassin’ look, but give it a little sinister twist, with just a hint of the edge showing.

Again, I’ve marked it as Not Safe for Work again. 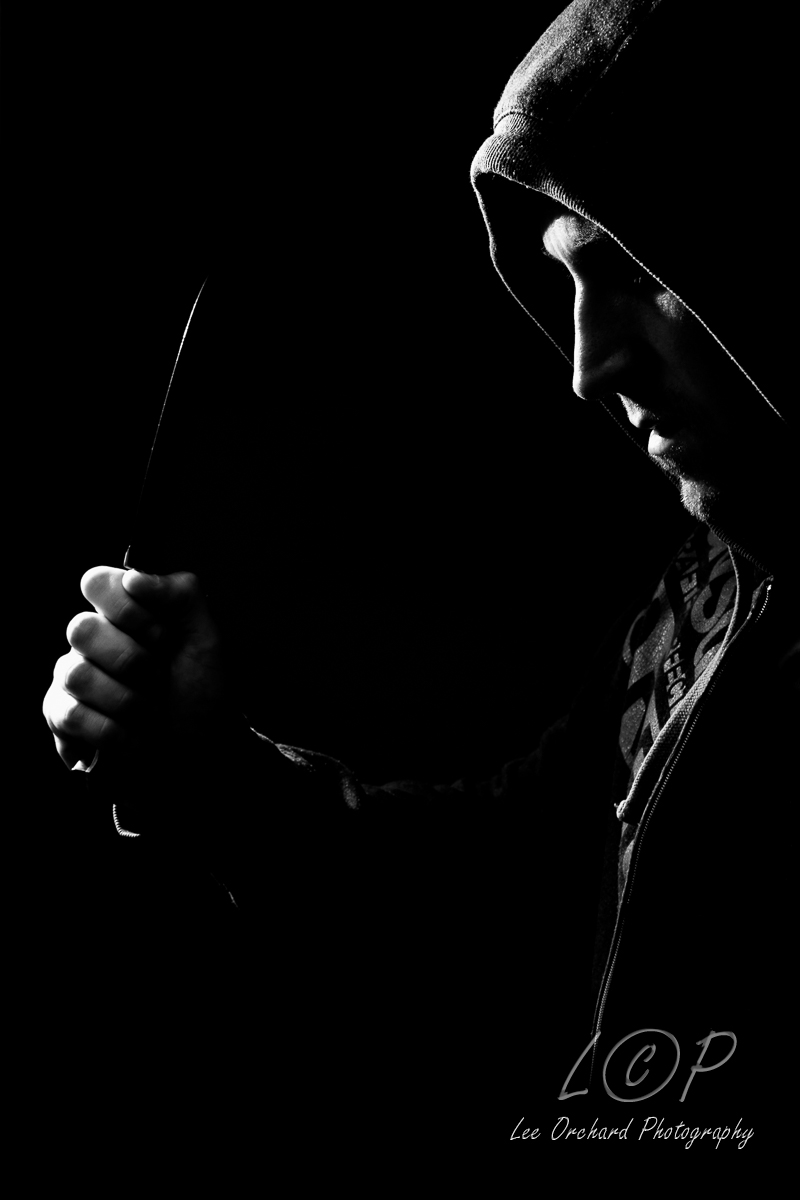 Hopefully you’ll agree, this was definitely a gritty shot and hopefully I’ve managed to capture the feel of the images with what is shown.