In November last year I had a mail from a man asking to book a Maternity shoot for his wife. I don’t normally get shoots booked by the Husband, but it wasn’t a problem and booked a session for mid January.

When they arrived and got in to the studio and settled, I asked the usual questions, of ‘how did you hear about me’ ‘what style of shoot do you want’ and it was then I found out that the session was booked by the Husband as a birthday present as it was something his Wife had mentioned she wanted to do.

So, we set about doing the shoot. They had brought their daughter with them so we started with some couples photos and then the 3 of them.

We have selected some photos from the galleries I have here, that I always show couples so I can get an idea of the style they like and the levels they are interested in.

Viola said she had really been interested in the low key styles, so we did a few of these. This was one she really liked and I was very pleased with the result too! 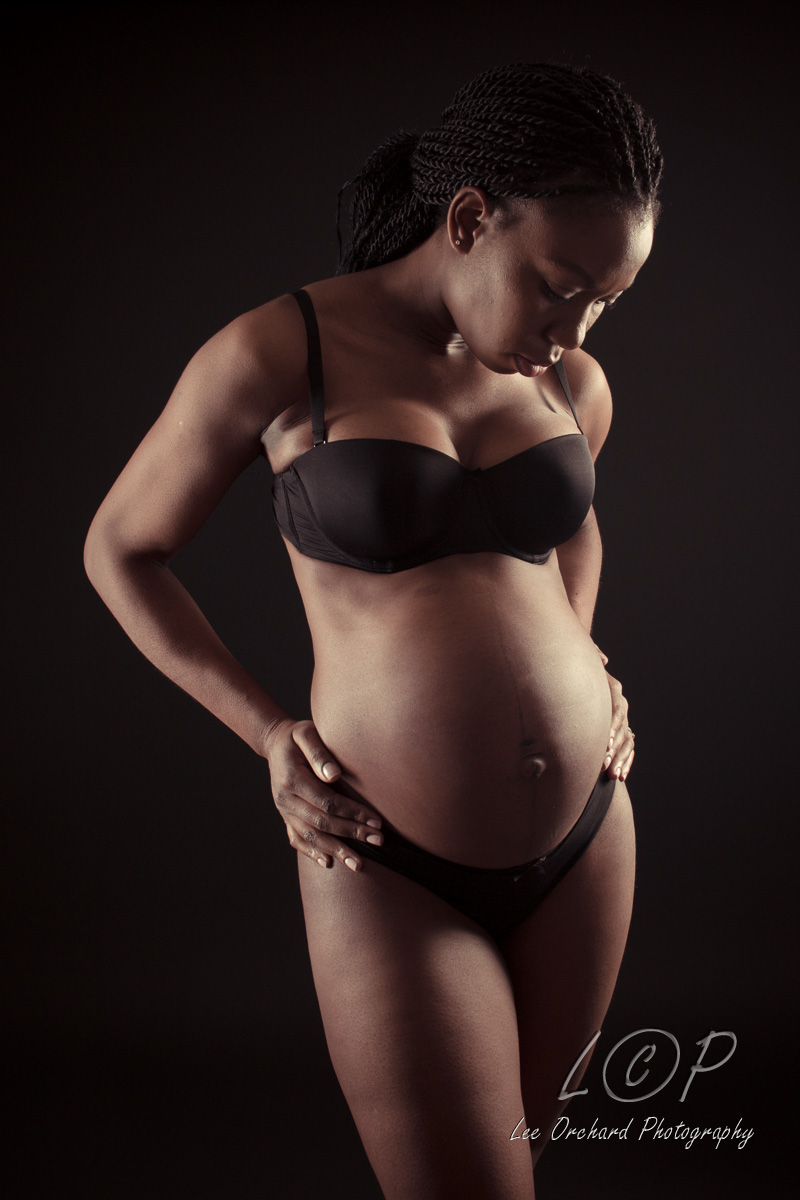 It is always difficult, being a male photographer, when showing examples of topless photos, or suggesting that actually this would look better without the bra and just hands to cover.

However, in this case, Viola actually suggested the pose for me! 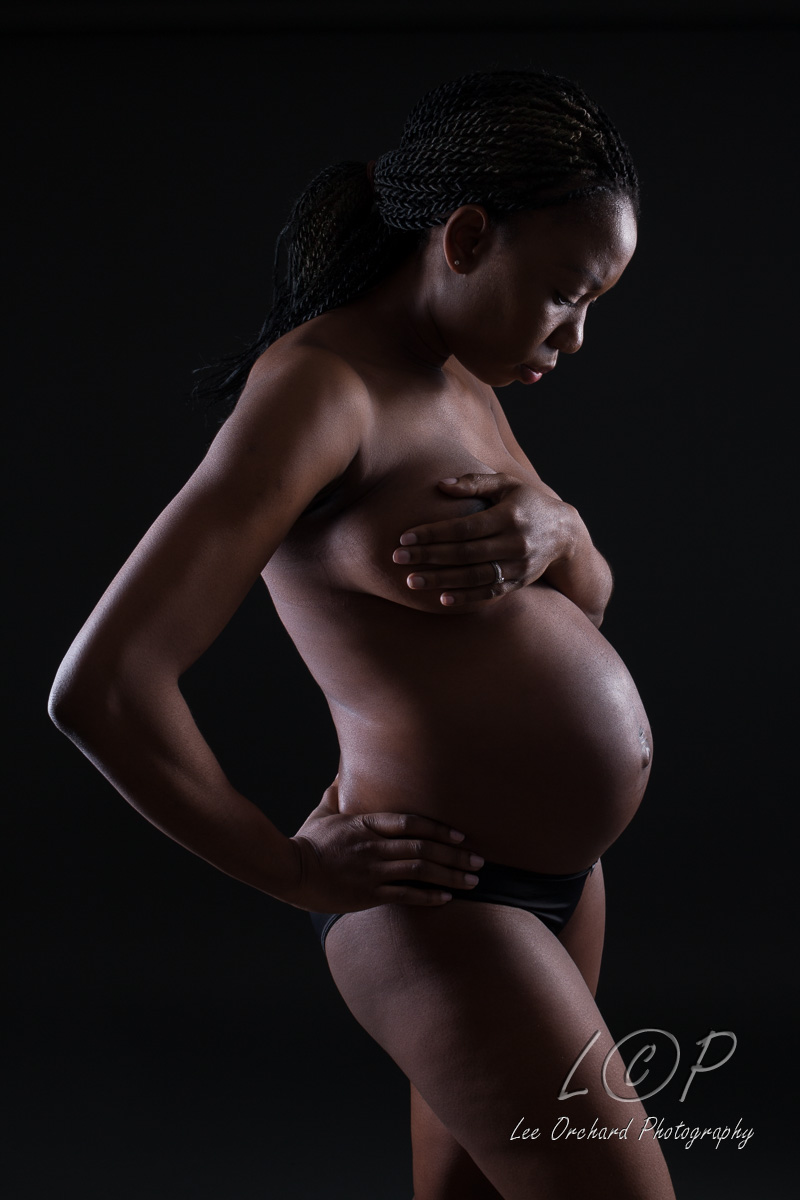 We then used some of the interesting tops and lace I have to created some nice bumps shots both 3/4 length poses and close up! 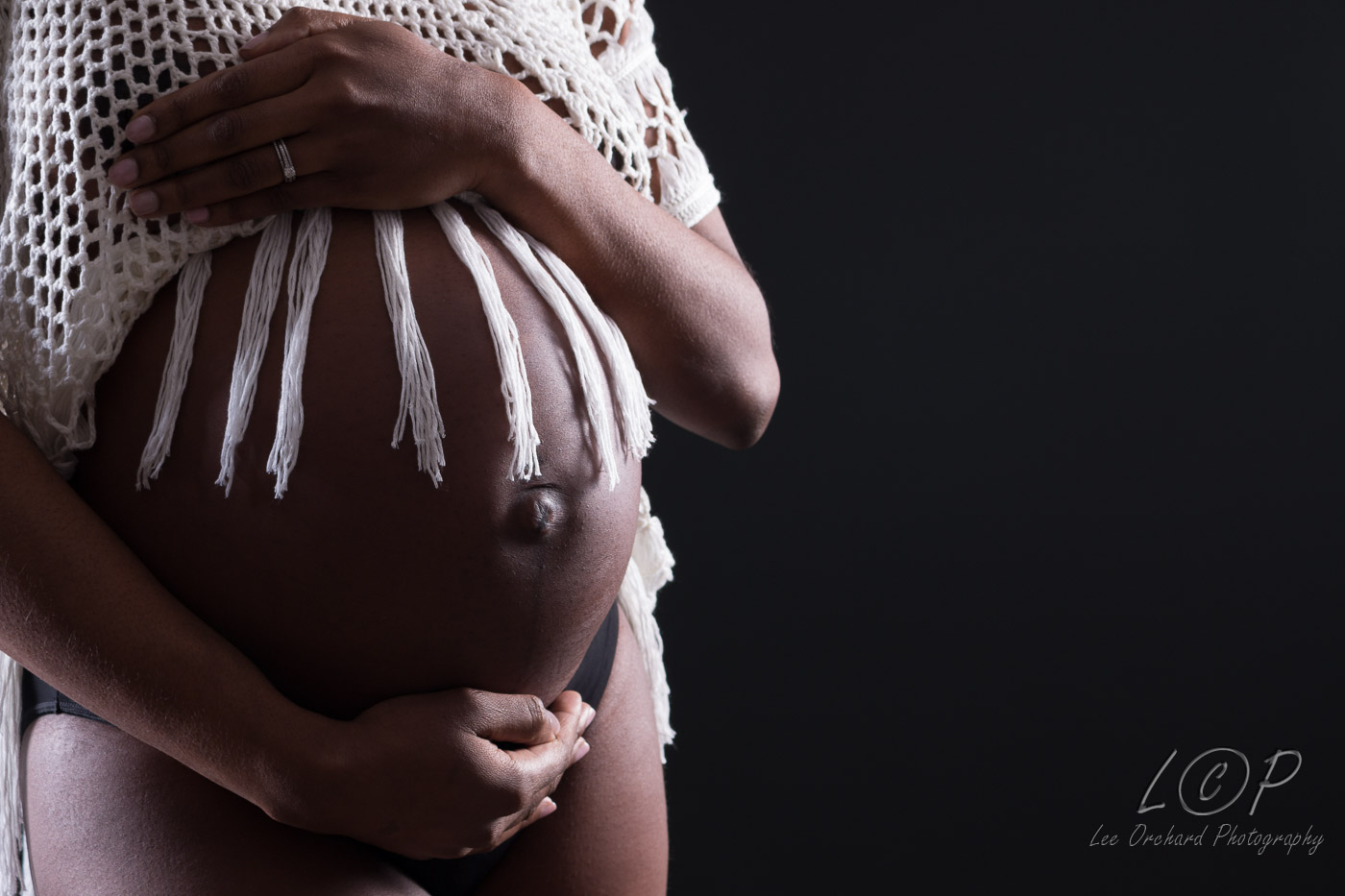 Then we moved on to the floaty wraps shoots. These are lovely photos that get created, but there is one problem with them. Part of the beauty of them is that they are light, shiny and sheer in their finish. The lovely organza, particularly so. This of course raises the issue of what is worn underneath.

Normally they are done topless using the wrap for modesty, but the lower underwear is then seen. Viola asked what should be worn for this shot. My reply was, ‘ideal nothing, but it is of course totally up to you and we’ll work with whatever you choose’. As with a previous lady, who said ‘I’ll brave it’, Viola said ok, no problem. She then said, ‘you photographers are like doctors’ Now of course not being a doctor, I couldn’t really say, yes we are, but I know what she means. It is sort of true, that we do see nudity, in both males and females when we do shoots, but it definitely not expected for any shoot and I only shoot to the level the individual is happy with.

Anyway, we did the floating wrap shot, with her husband doing the wrap movements.

As you can see from the final image, nothing is seen that shouldn’t be and compared to some of the wrap shoots done with underwear, I think if you ‘brave it’ you get a better result. All our poses are designed for your modesty. 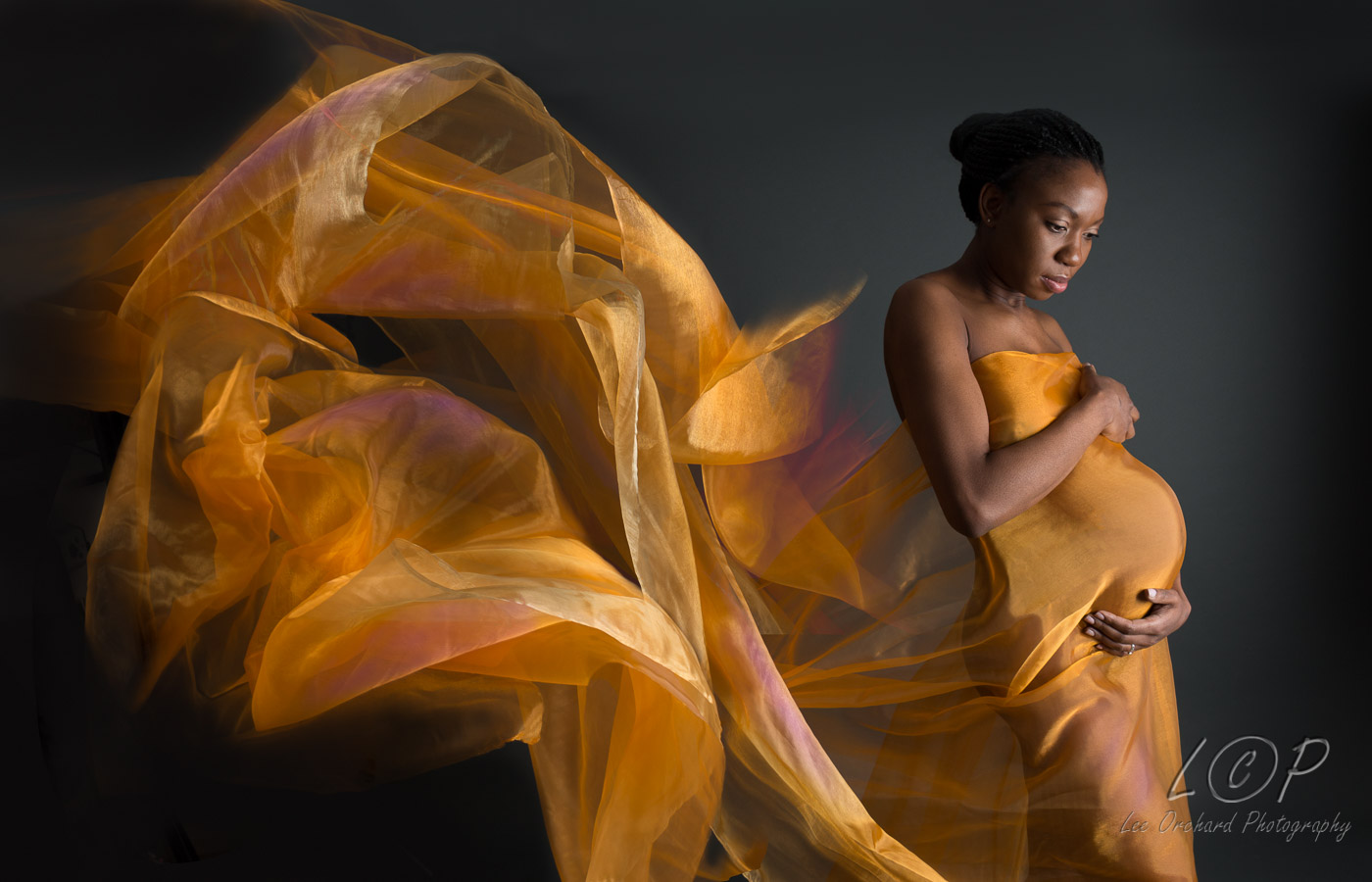 I hope that future customers can also see from these shots that it is worth braving it to get lovely photos.

Both Viola and her Husband were very happy with the results from the shoot and choose the floating wrap photo as one of their selection! 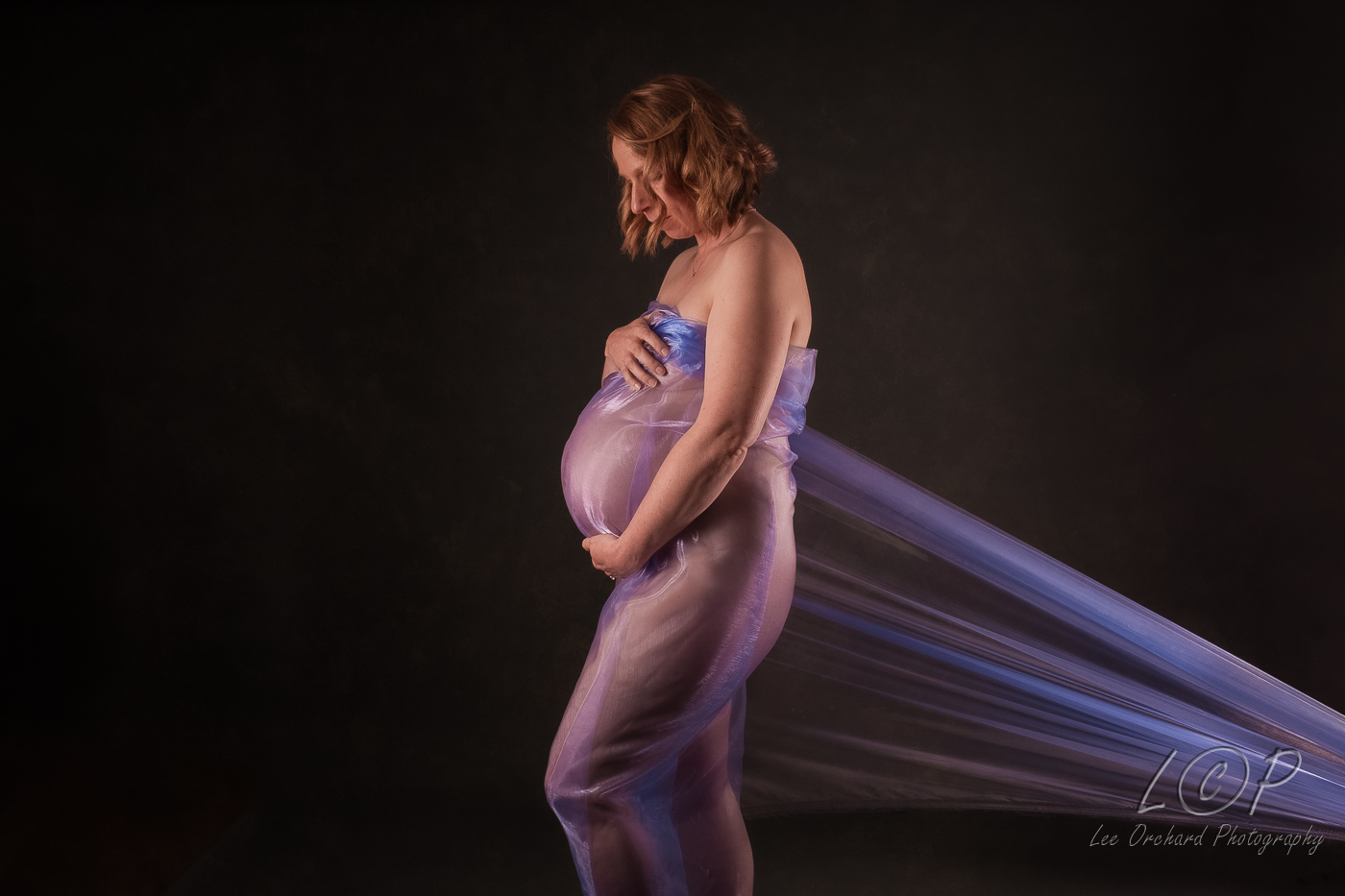 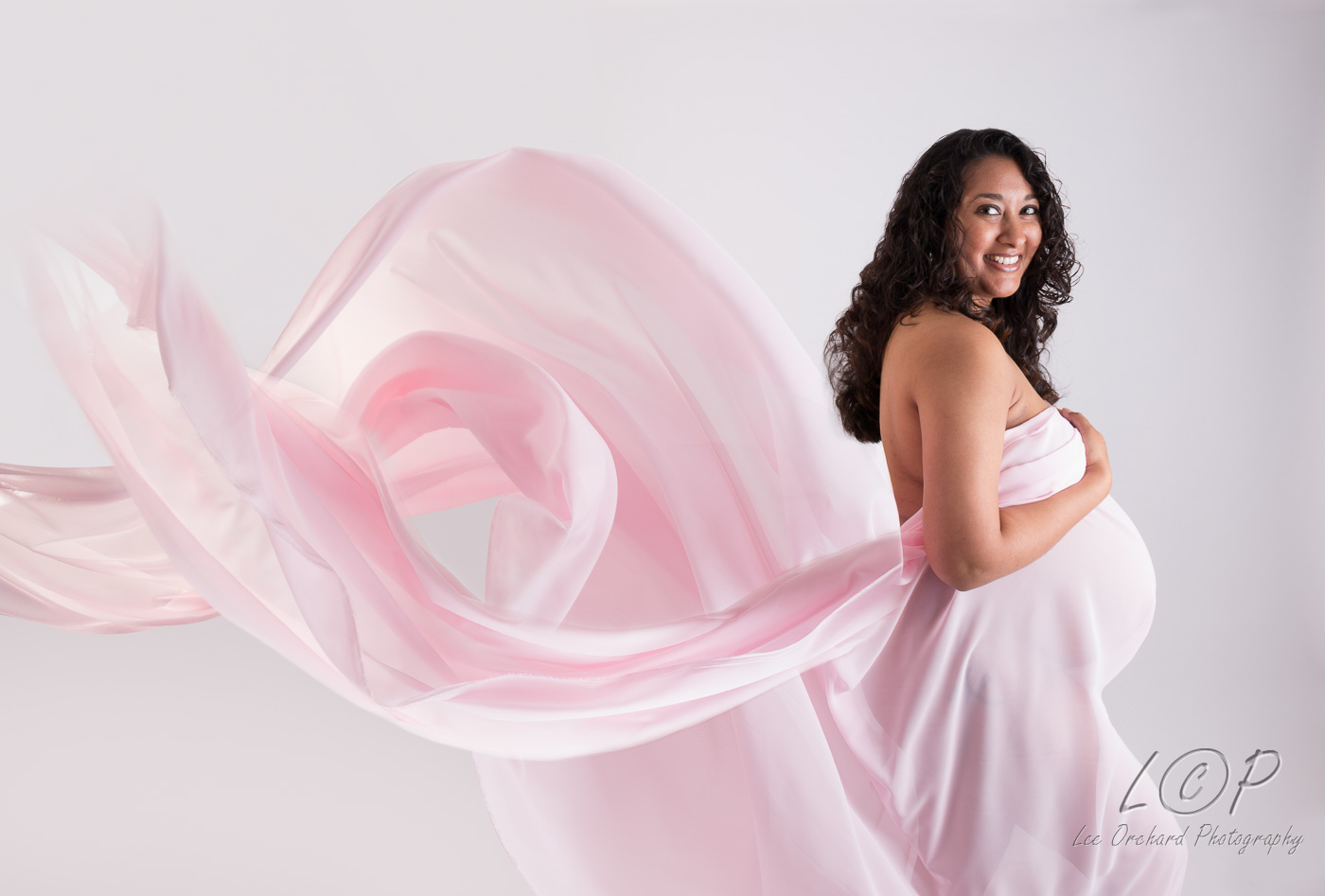 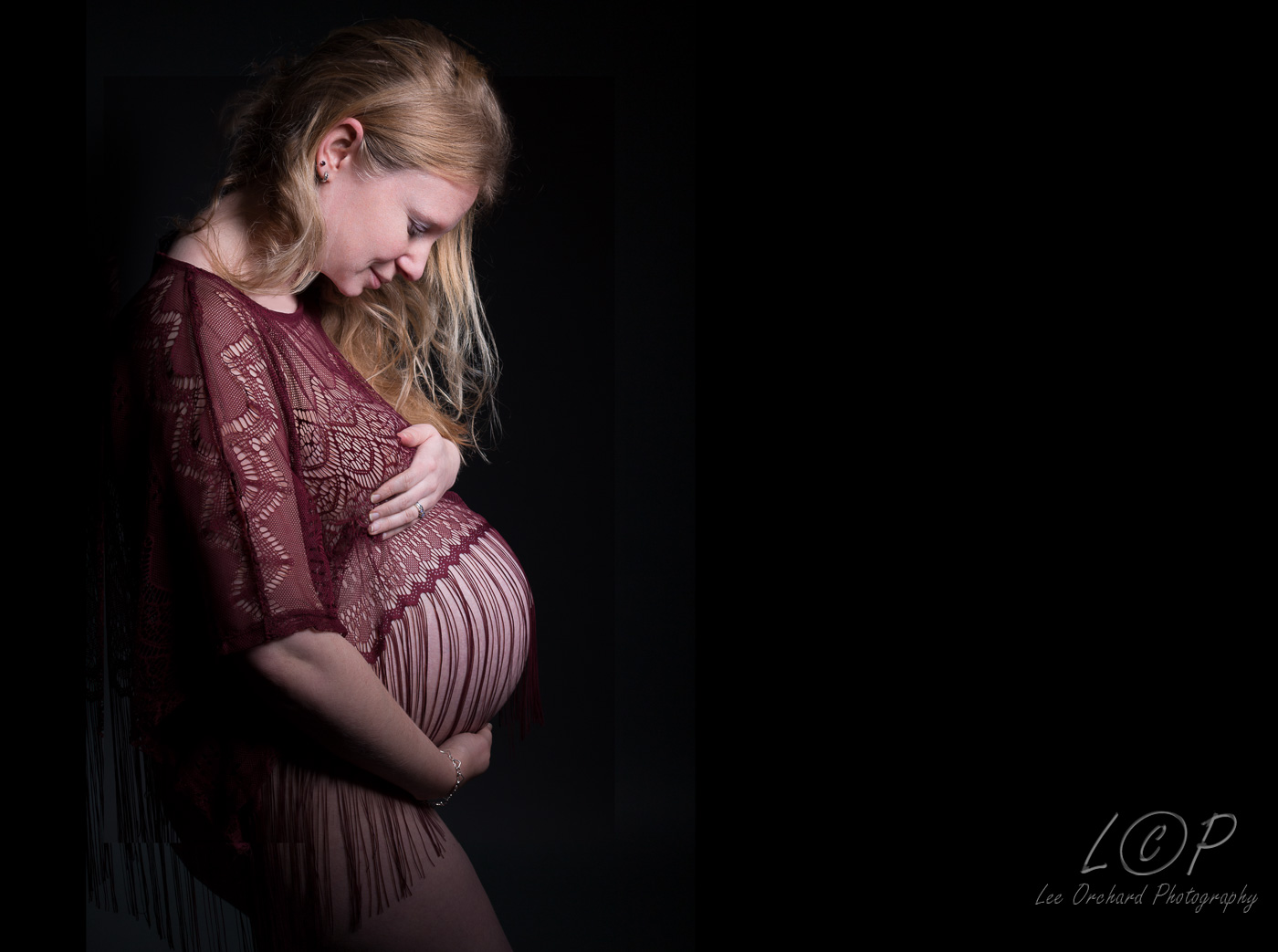 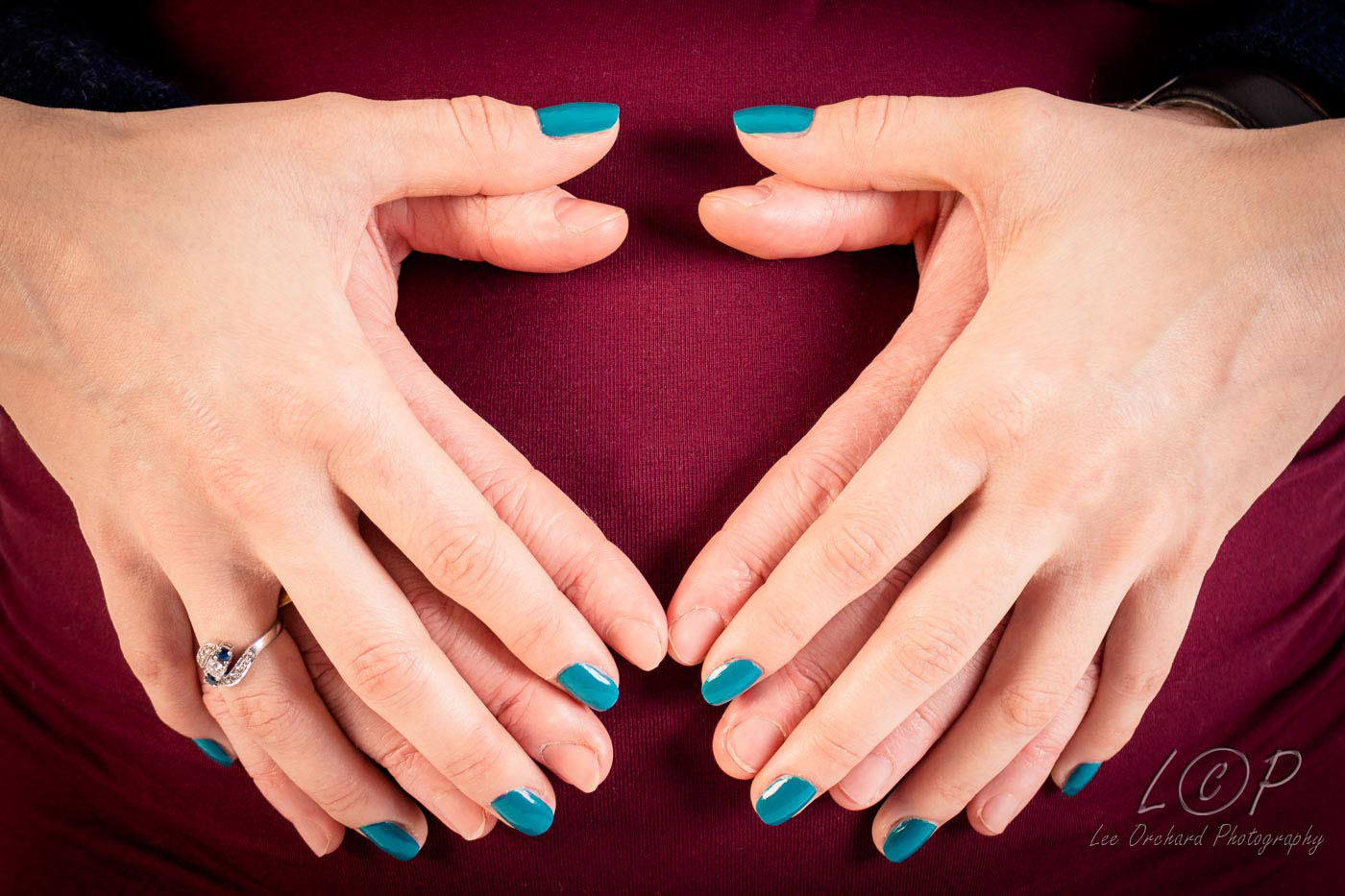 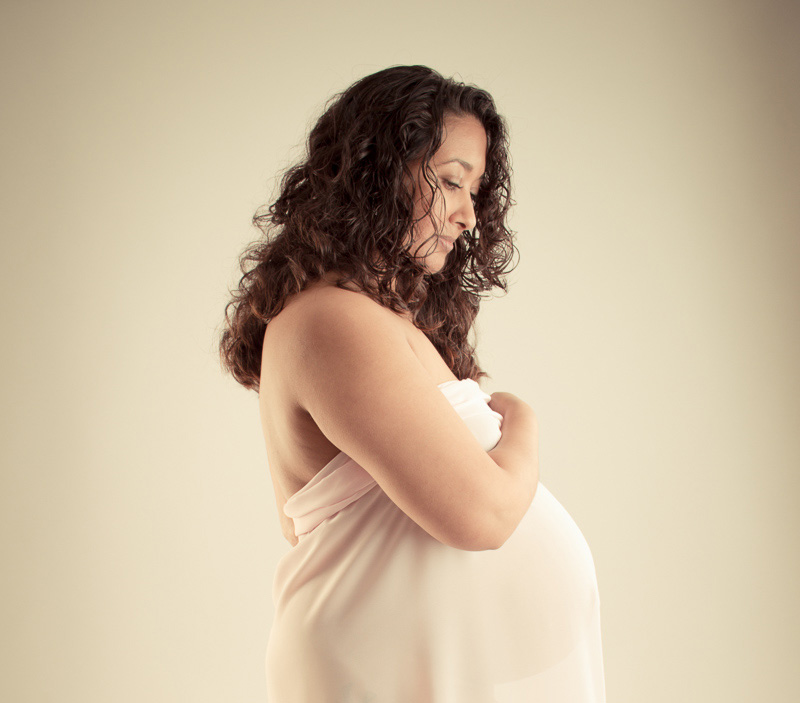 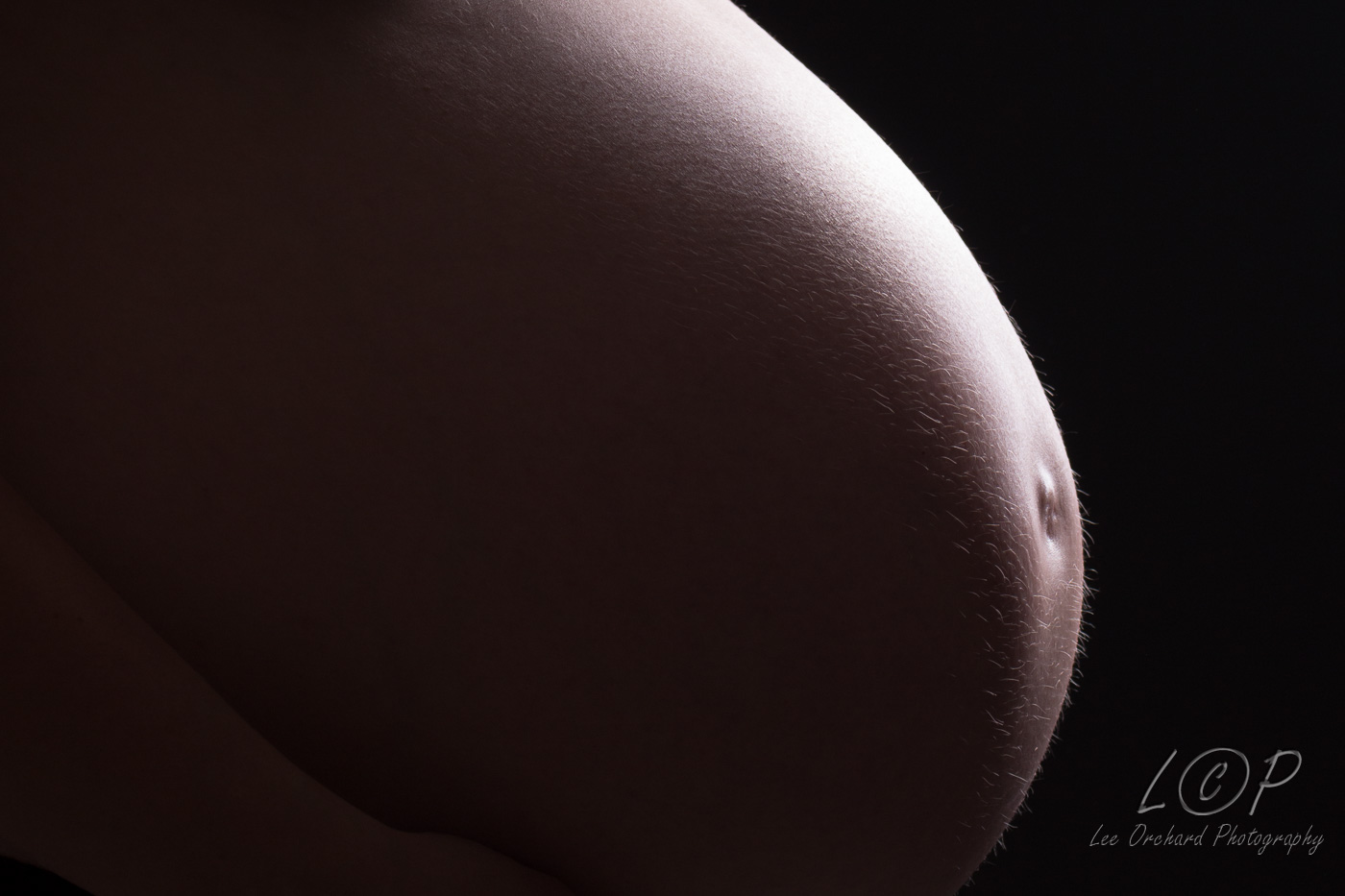 When to book your Maternity Shoot 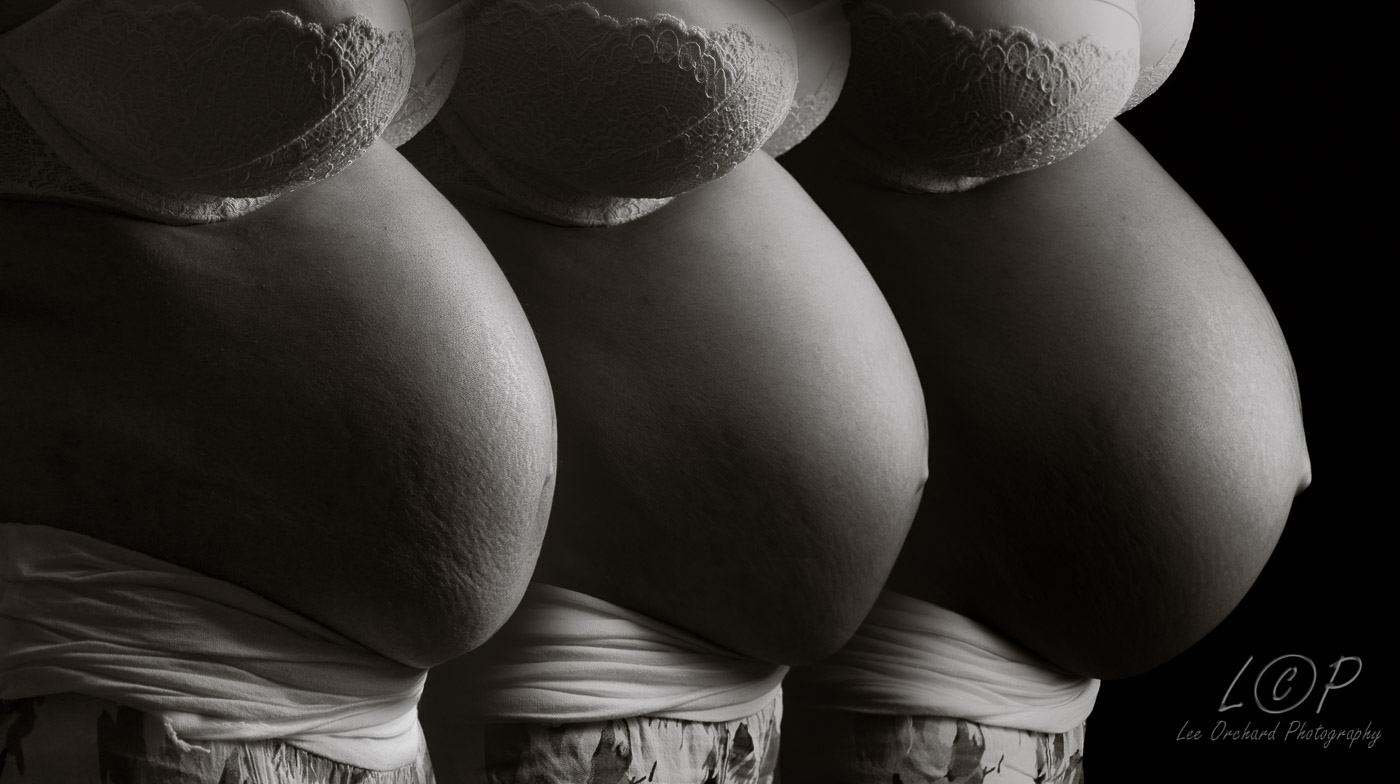 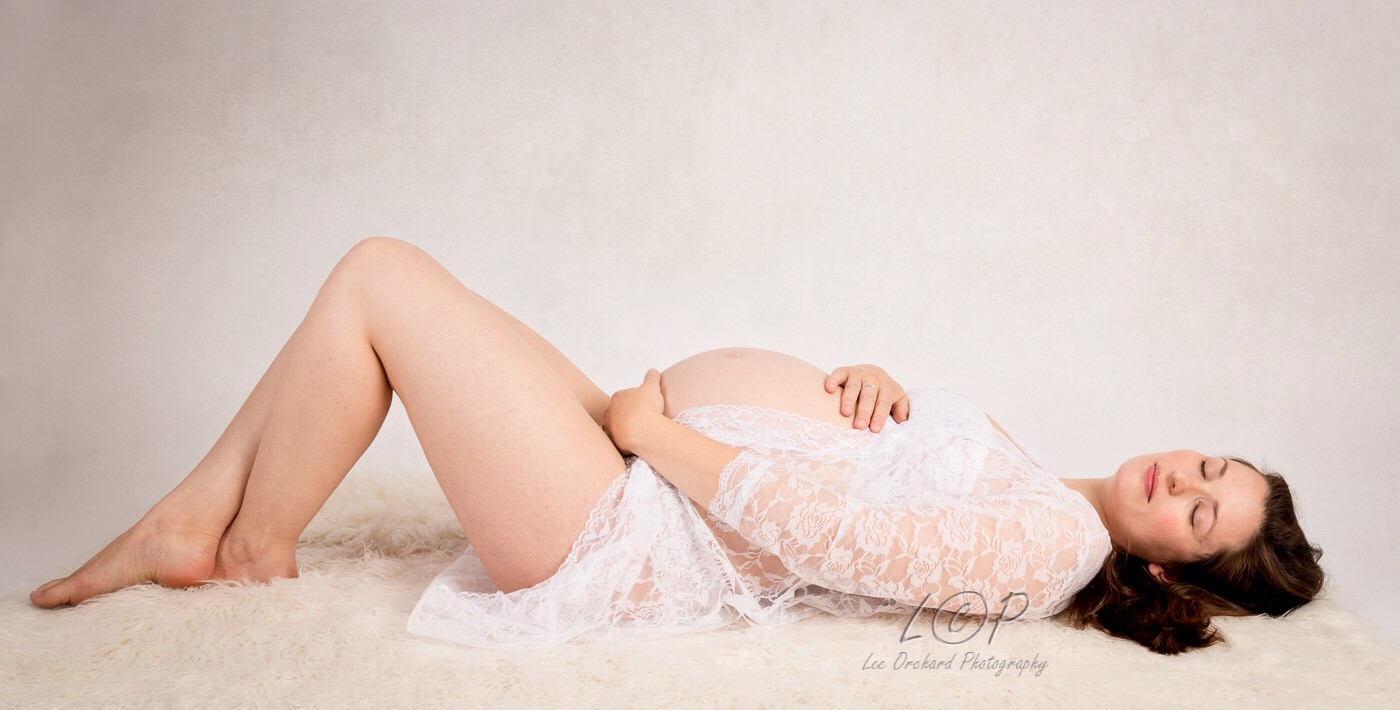